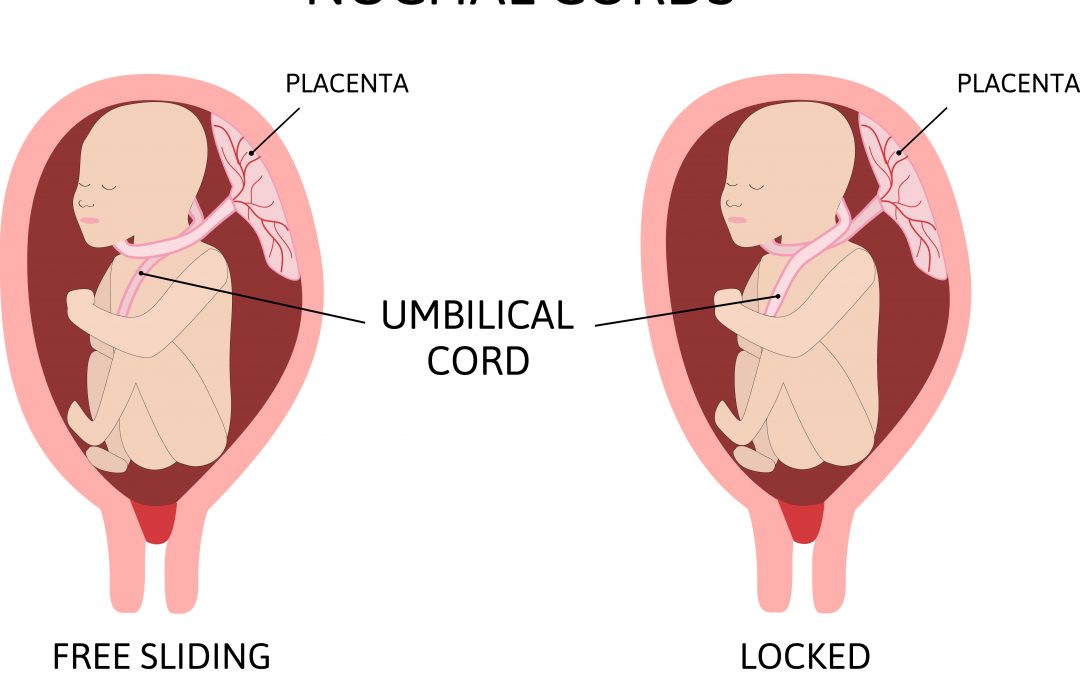 HIE and two cord patterns when around the baby’s neck. The term for when the umbilical cord is wrapped around a baby’s neck during labor and delivery is called nuchal cord. Not only can nuchal cord present during labor and delivery, it can also present during pregnancy. According to some literature, 1 out of 3 babies will be born with nuchal cord and will be healthy. However, in the remaining births, problems can sometimes occur. For today’s conversation we will discuss not only nuchal cord, but how in some cases, depending on the type of nuchal cord, or pattern, the birth injury HIE can occur when other factors are present.

As we discussed earlier, nuchal cord happens when a baby’s umbilical cord is wrapped around the baby’s neck. The two patterns that generally appear are a locked and free sliding pattern. Doctors can generally tell whether a nuchal cord is present using ultrasound technology. This type of ultrasound, using doppler technology can highlight the position of the umbilical cord.

One the other hand, a type B cord is one that is locked in place essentially and cannot be easily undone. Because of the pattern’s locked nature, even with fetal movement the baby may not be able to untangle the nuchal cord.

Thanks for reading, from your friends at HIE Resource Place.